Arsenal goalkeeper Petr Cech has said that he would love to retire from the game with a trophy in his hands. The 36-year-old has already announced that he would be calling time on his silverware-laden career next month and he appears determined to step down with a Europa League crown in his hands. 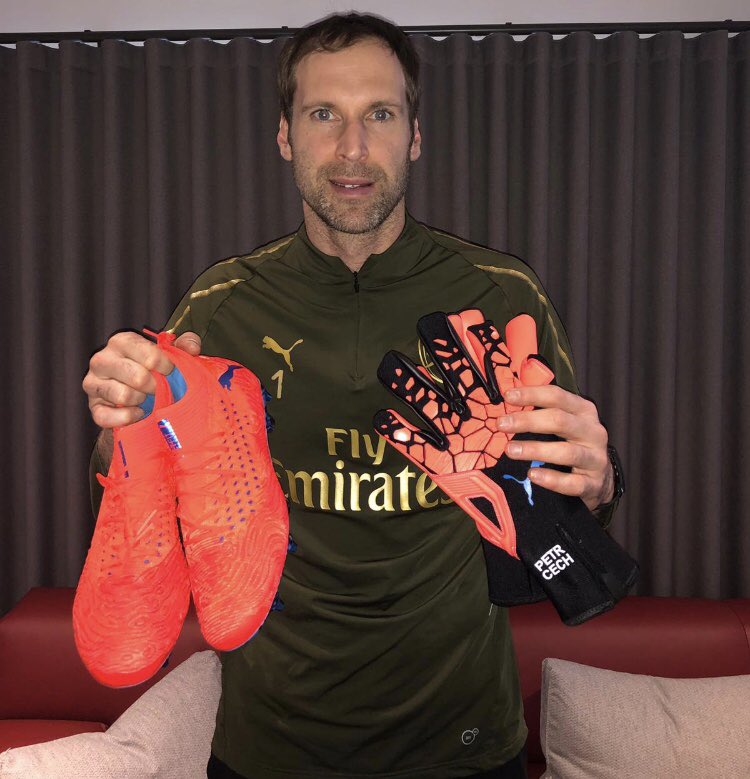 Speaking to reporters, Cech emphasised the ambition to end his career on a high by lifting the Europa League trophy with the Gunners this term, he said: “I would love to retire with a trophy in my hands.It would be the best possible ending for me and be a fantastic achievement for the club. The Europa league is improving every year… and everybody wants to win it now because you book a spot for the Champions League the next year and as well you have a trophy in your hands.”

Arsenal recently secured a comfortable 2-0 triumph over Napoli during the first leg of the quarter-final stage at the Emirates Stadium, and that has not entirely guaranteed them progress, as per Cech. He added: “We take the 2-0, but we are still aware it is going to be difficult there. They are a difficult team to play away from home and they have been playing really well so far this season.”

Arsenal could have quite easily scored two more goals against the Naples outfit but they can take heart from the fact that they avoided conceding. They are scheduled to face Napoli at the Stadio San Paolo next week knowing that one away goal could put the home side on the brink of elimination. The Naples outfit would require at least four goals to progress, should the Gunners find the scoresheet at their stadium.

Prior to that, however, Arsenal have an important Premier League clash against Watford on the road where they need to win in order to keep up with the Champions League places. The north London side are currently three points behind fourth-placed Chelsea, but they have the advantage of a game in hand with the better goal difference.