Arsenal goalkeeper Petr Cech is hoping to end his professional career by celebrating success in the Europa League. The 36-year-old has already announced that he would be retiring at the end of the current campaign but he is determined to leave on a high by helping the Gunners secure their maiden Europa League crown. 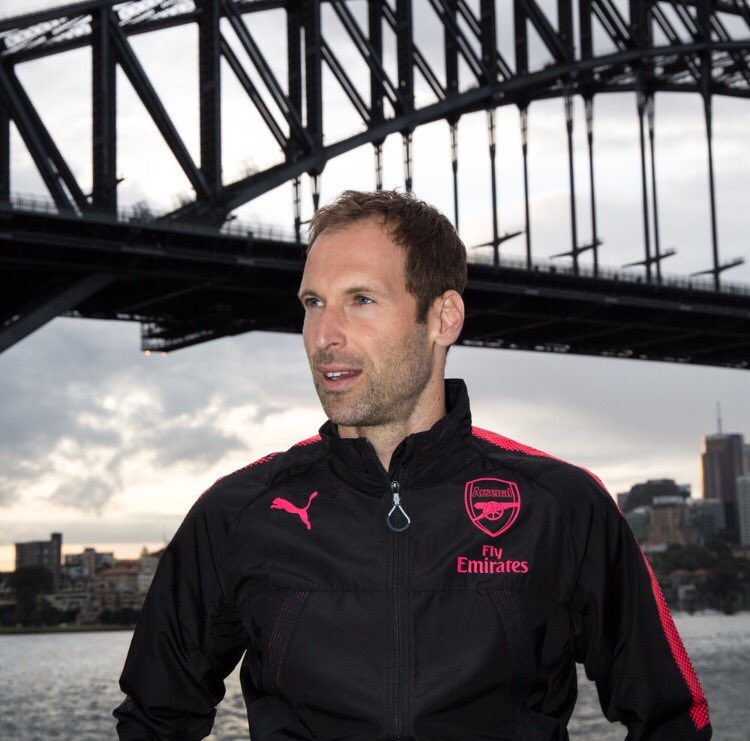 Speaking to Sky Sports, Cech acknowledged that the Europa League glory would be the ideal scenario to retire from the game, given the club would be celebrating silverware while also getting the chance of qualifying for the Champions League, should they fail to do so through the Premier League campaign.

He said: “Of course that would be an ideal scenario for me to finish my career. We prepare every day for every competition and this is what we are aiming for, we try to win every game and progress step by step and as a club it is important for us to try and go as far as possible. Winning the Europa League [can be] a great memory for everyone involved and secondly it can book you a place in the Champions League – so you can see, there is a lot to play for.”

Despite the promising words, Arsenal have everything to play for during the second leg of the round of 32 stage after they suffered a shock 1-0 defeat on the road to BATE Borisov. The Gunners were largely ineffective with the vast possession at the Borisov Arena and they can now expect a tricky game at the Emirates where they have the threat of the away goal to contend with.

The north London giants are expected to be without Alexandre Lacazette after his needless elbow which resulted in a straight red card. They could, however, welcome Mesut Ozil and Aaron Ramsey for the home leg after the duo missed out at Borisov with fitness and knee problems respectively.