Arsenal goalkeeper Petr Cech has admitted that the club had to go play an open style of football against Leicester City after they found themselves a man down in the 15th minute of the game. Kelechi Iheanacho opening the scoring for Leicester City on Wednesday night and just 60 seconds later, Konstantinos Mavropanos was sent off for a professional foul. 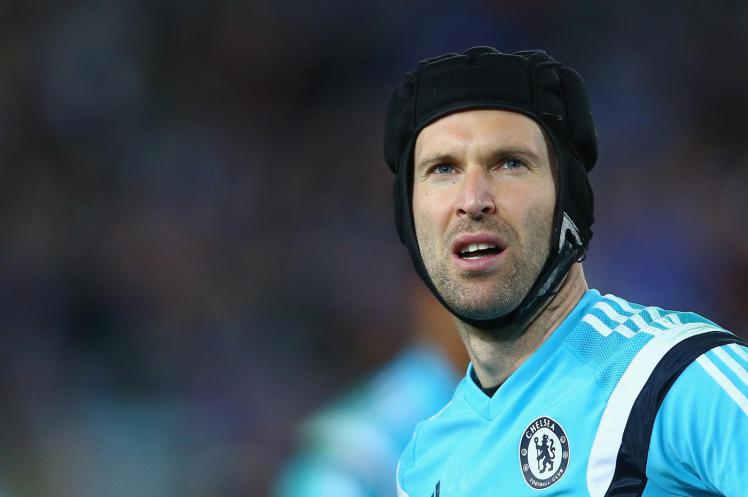 Thereafter, the Gunners were playing with an open frame of mind and they managed to pull things level in the second half only to concede a penalty which summed up their game. Jamie Vardy made it 2-1 for Leicester with 14 minutes to play and the match was eventually put to bed by Riyad Mahrez in injury time.

Speaking after the game, Cech said: “We had to make sure that we played and couldn’t just wait and give them the ball and wait for their chances. They had chances from counter-attacking in the first half, but as I said, when you go down to 10 men you have two options. You can defend your box and wait for one chance, but obviously with our quality of football we believe that if you have more of the ball, even down to 10 men, then we will create more to score the goal. “In the end, we did so, but the second goal killed the game.”

The defeat witnessed the Gunners suffer their seven straight league defeat on the road and this happens to be their worst record on their travels since 1966. Nevertheless, the club will have their sights on ending the season on a high when they take on Huddersfield Town on the road. Arsenal has already accumulated their worst position and points tally under the Arsene Wenger era but they should be desperate for a win in the Frenchman’s farewell game at Huddersfield. David Wagner’s side secured their Premier League safety after a 1-1 draw against Chelsea in midweek.