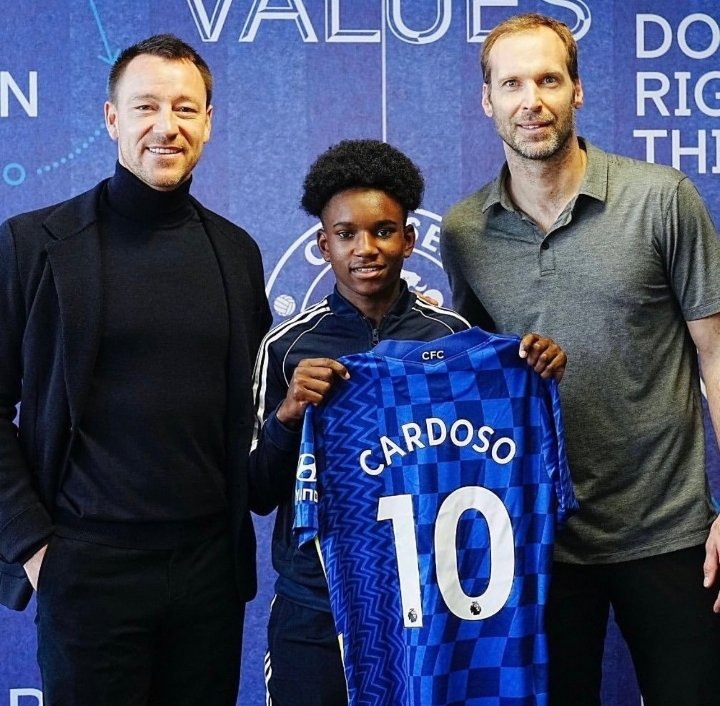 West London giants Chelsea have completed the transfer for young player Leo Cardoso. The transfer of the 16-year old from English Championship team West Brom to Premier League outfit Chelsea was fuelled last week when he was pictured with a Blues shirt alongside club legends Petr Cech and John Terry. Former goalkeeper Petr Cech is the technical director at Chelsea, while ex-England defender Terry is working with Blues Academy as a consultant.

The picture of John Terry and Petr Cech alongside Leo Cardoso holding a Chelsea was shared on The Secret Scout Twitter account and it sparked rumours of a transfer.The interest of Chelsea in Cardoso was reported at first in October as it was revealed that the Blues want to sign him during the January transfer window.

Shortly after the transfer rumour broke out, then-manager Valerien Ismael hit out at the Baggies and their willingness to sell their young players. According to the Frenchman, he has found out during his time at the club that they are in the habit of selling their best young players to clubs such as Aston Villa and Crystal Palace. Ismael talked about the need to put a stop to the exit of the best young talents at the Hawthorns. The likes of Louie Barry, Nathan Ferguson, Finn Azaz, Morgan Rodgers and now Cardoso have moved on from West Brom at the early part of their respective careers.

Ismael has since left West Brom after he was sacked on the back of a poor  run of results. The Frenchman was swiftly replaced by Steve Bruce as the new Baggies boss. Bruce didn’t make the best of starts to his career as the West Brom boss due to a five-game  winless run.  The five-match winless league start to his West Brom managerial  career ended with the away win over Hull City