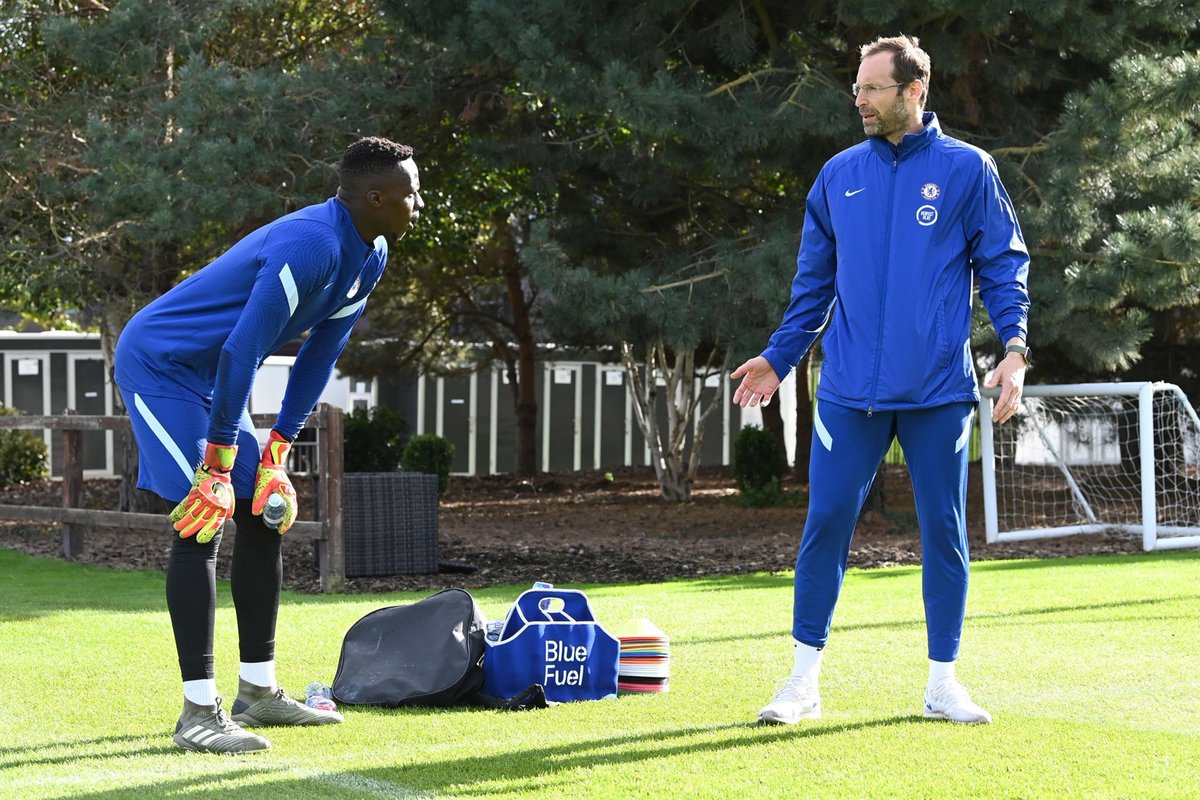 Petr Cech is the sporting and performance director at Premier League giants Chelsea but that didn’t stop him fromtaking part in the Blues training as they began preparations for the Champions League final on Saturday. Petr Cech was part of Chelsea training on Monday as two players missed out through injury.

French international N’GoloKante and Senegalese shot stopper Edouard Mendy both missed training due to hamstring and rib issues respectively. Kante sustained the injury during the 2-1 win over Leicester City last week Tuesday, while Mendy was forced off injured with a rib problem at half-time against Villa on Sunday.

Chelsea can’t dwell on the disappointing defeat to hosts Aston Villa on the final day of the Premier League. The Blues needed to win the game to secure Champions League football for next season but they were unable to record the win needed. The Blues were beaten 2-1 at Villa but still managed to secure a spot in Europe’s premier club competition after Leicester City were also beaten at home by Spurs.

A win for Leicester City would have sent Chelsea to the Europa League unless they beat Manchester City in the Champions League final slated for the EstadioDragaoin Porto later this week. The Blues had London rivals Tottenham Hotspur to thank for another season in the Champions League after they came back from a goal down twice to score three late goals and beat the Foxes 4-2 in front of their fans.

Petr Cech was a key player for Chelsea as they defeated German Bundesliga champions Bayern Munich on penalties during the 2012 Champions League final to win the competition. He saved penalties over the course of both extra time and penalty shootout to lead Chelsea to victory. Cech can pass some of his experience to the current crop of Blues stars ahead of the final showdown with Manchester City this weekend.